We stand on the side of the poor!

Sieger Köder (1925-2015), a German priest, painted this 4×4 meter mural located at St. Vincent’s Parish in Graz (Austria). With great empathy and skill, he depicts Frédéric Ozanam, founder of the St. Vincent de Paul Society, and his commitment to the poor.

The poor have always been pushed to the margins of society. Even the Church has not always stood clearly on their side nor fought for their rights and dignity. The Church is often satisfied with alms, rather than advocating for change in the lives of the poor.

So it was at the time of Frédéric Ozanam, in the first half of the 19th century. In this mural, note the following symbolism: 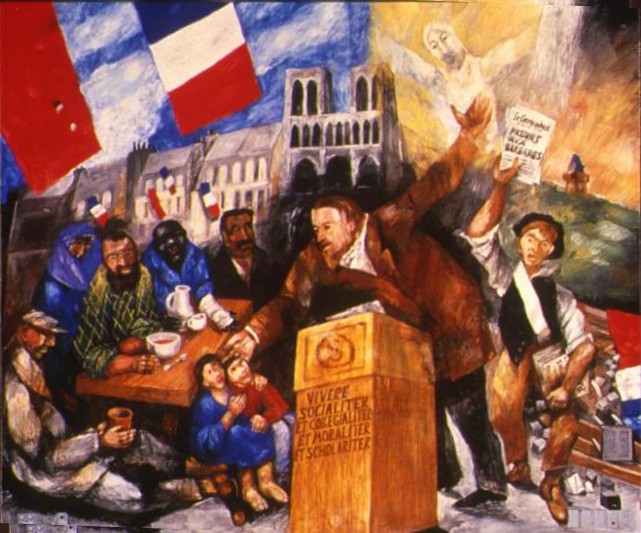 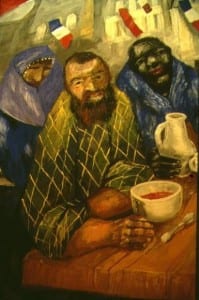 People
in our midst
pass by
looking
looking away
an encounter 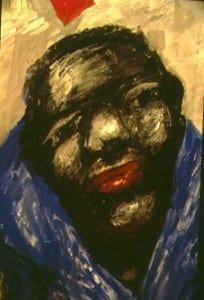 A person like me
and yet somehow different, strange:
What separates us?
What unites us? 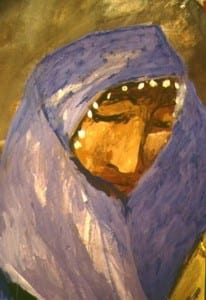 I was sad
and you comforted me! 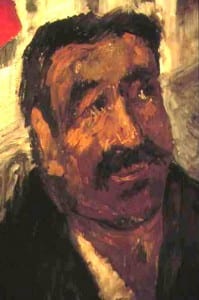 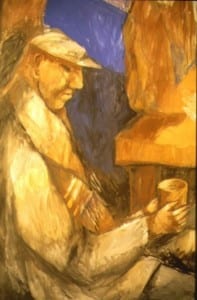 I was begging
and you gave me a job 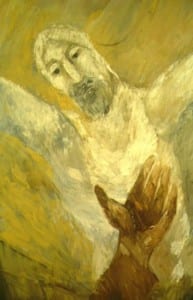 Lord, You’re no longer with us
in Your body of flesh and blood,
because You willed that we be Your presence among the people of today.
No longer Your hands,
but our hands. 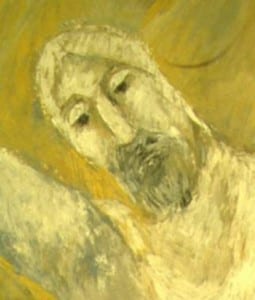 No longer Your eyes,
but our eyes.
(Pause and reflect) 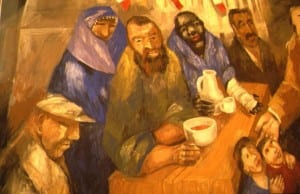 Our hands,
to caress the foreheads of
the sick and the elderly.
Our eyes, to look at them,
and to look around to see those whom no one sees.
You have our smiles,
awakening, savoring life
that each of our human actions, Lord, may be a sacred act, a true sacrament. 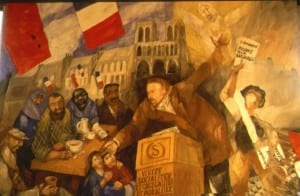 Stretched in the tension
between salvation and deepest poverty
we are in today’s world
as was 170 years ago
a young professor at the Sorbonne,
Frédéric Ozanam, who said: 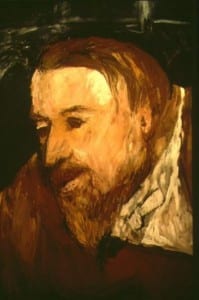 “The question which divides men in our day is […] whether society is a system of exploitation for the benefit of the strongest, or a consecration of each one for the welfare of all and especially the protection of the weak.”
Specifically, this means:
“You must sit by his bedside, feeling the same cold that pierces him. Only then will you understand how you can truly help him.” 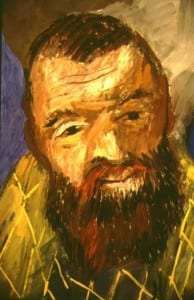 The eyes are the windows of the soul.
Fr. Henri Boulad, SJ, calls it the “sacrament of the gaze”.
St. Vincent de Paul said, “How beautiful are poor people to look at, if we consider them in God and with the esteem in which Jesus Christ held them.” (XI:26) 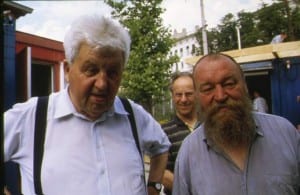 The painter, Fr. Sieger Köder (left) during a visit to Vinzidorf.

“Serving the poor is going to God
and you should see God in them.”
St. Vincent, Conference of 31 July 1634 to the Daughters of Charity.

To serve the poor is to worship 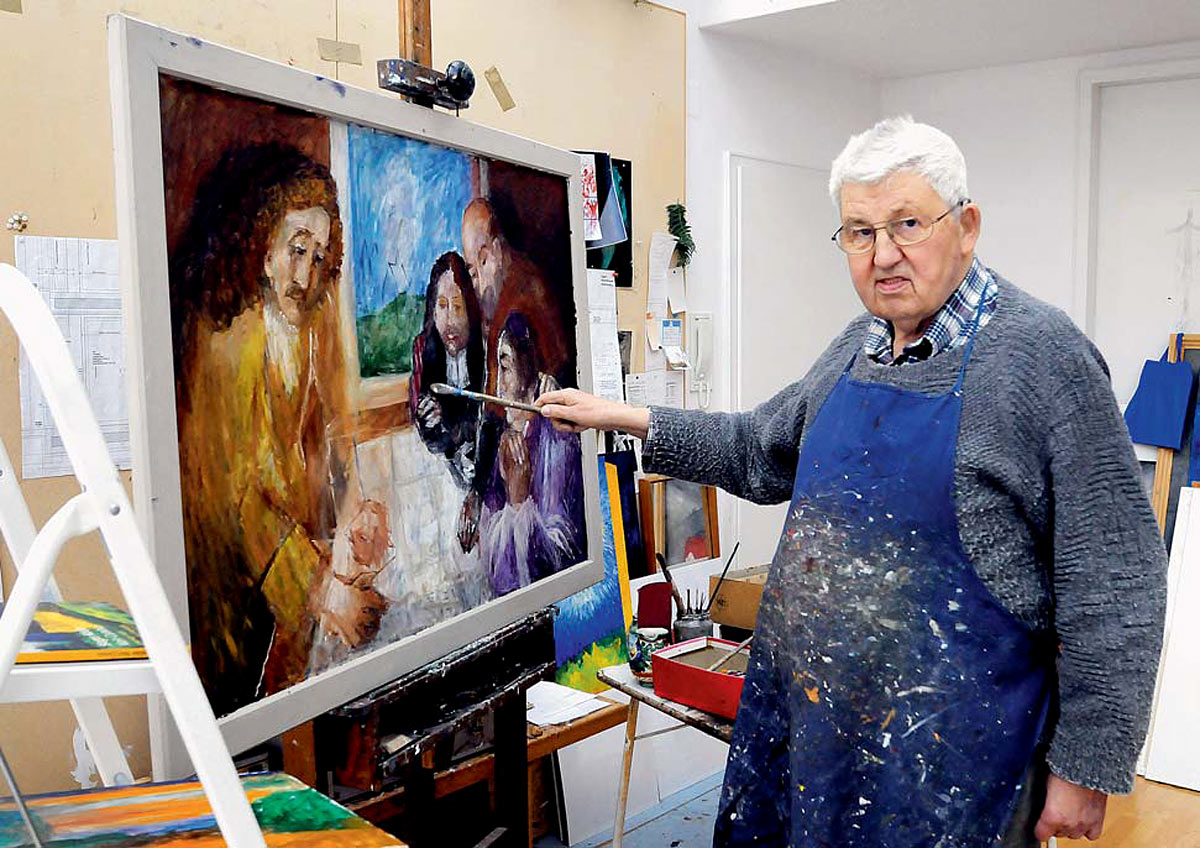 The artist in his studio in Ellwangen. Photo: Hageneder
Source: Katholisches Sonntagsblatt

Many thanks to Fr. Wolfgang Pucher, CM, for writing these beautiful reflections, and to the Austrian community of St. Georgs, Istanbul for permitting us to re-use this material.