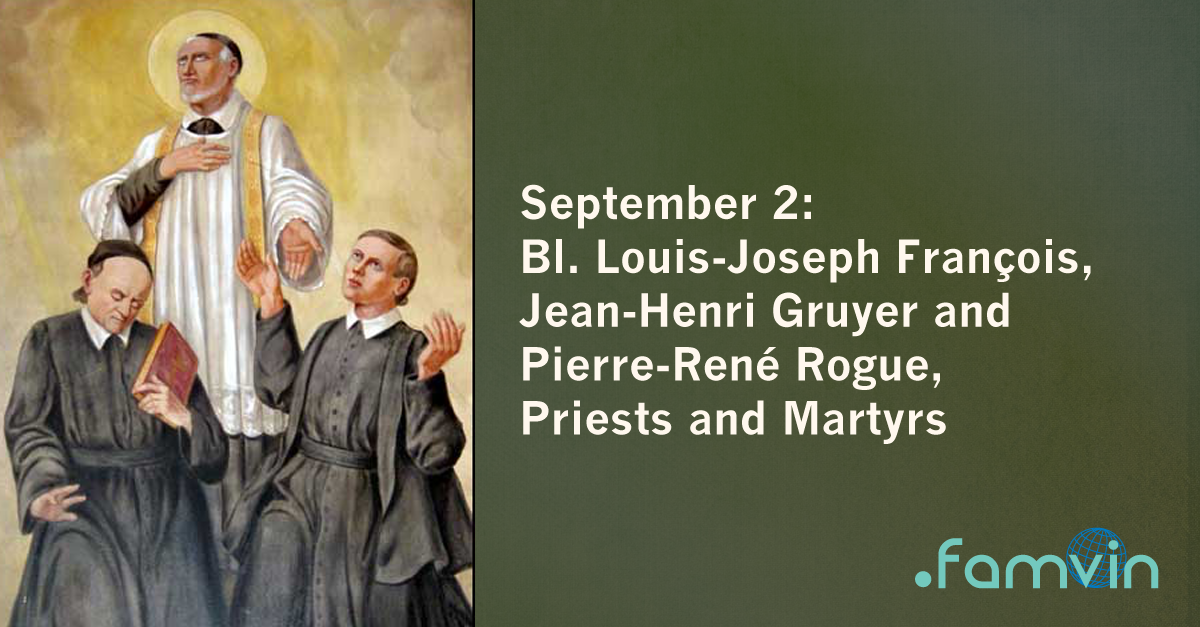 The 191 “September Martyrs” were killed during the French Revolution on September 2 and 3, 1792 after they refused to take an oath that would have placed them under the authority of the state. They were beatified on October 17, 1926 by Pope Pius XI. Three Vincentian priests were among them: Bl. Louis-Joseph François, Bl. Jean-Henri Gruyer and Bl. Pierre-René Rogue. Learn more about them, and all the Vincentian Saints and Blesseds, here at this interactive timeline.