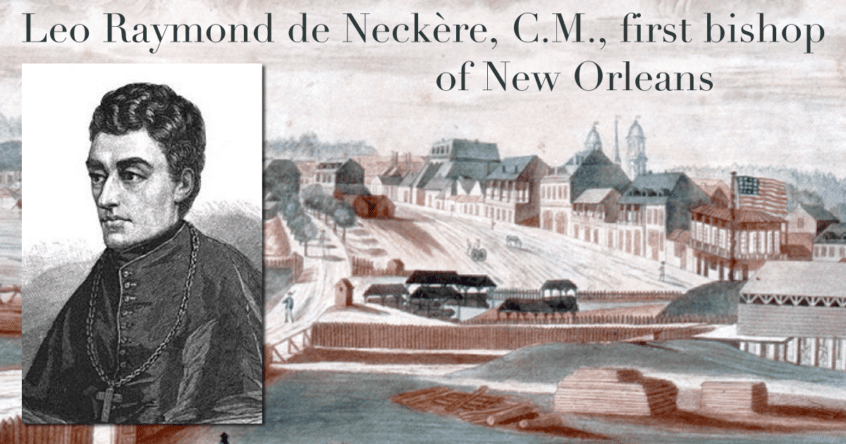 Leo Raymond de Neckère, C.M., was one of the pioneers of the Vincentians in the United States. June 24 marks the anniversary of his consecration as Bishop of New Orleans.

From the Catholic Encyclopedia:

Cholera and yellow fever raged. The priests were kept busy day and night, and the vicar-general, Father B. Richards and Fathers Marshall, Tichitoli, Kindelon fell victims to their zeal. Fr. de Neckere, who had retired to a convent at Convent, La., in hope of restoring his shattered health, returned at once to the city upon the outbreak of the epidemic, and began visiting and ministering to the plague-stricken. Soon he too was seized with fever and succumbed ten days later, 5 September, 1833.