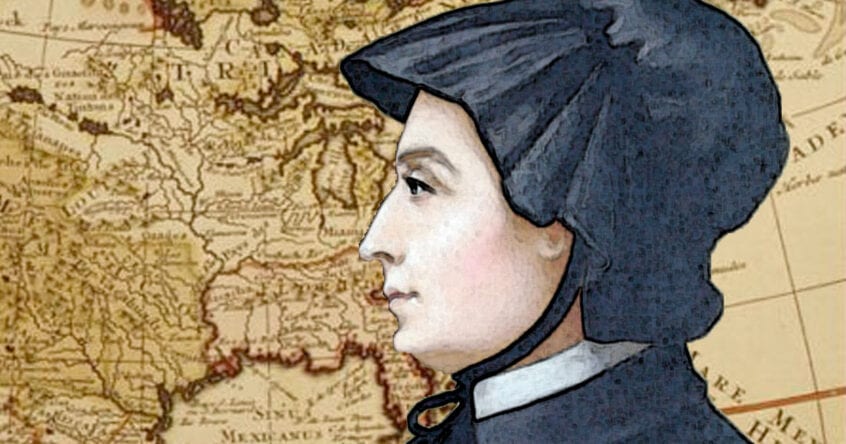 Early on the morning of June 9, 1808, a petite, 34-year-old woman in widow’s weeds and her three young daughters stood on the deck of the packet boat Grand Sachem in New York harbor. Elizabeth Ann Bayley Seton found herself bound for Baltimore, the next step on a journey of faith that had already taken her across an ocean and into worlds she never imagined, a journey that paralleled the revolutionary growth of the Catholic Church in America.

Just two months before, on April 8, 1808, Pope Pius VII had named Baltimore an archdiocese. Within the vast territory stretching from the Atlantic westward to the Mississippi, and from the border of Canada to Spanish Florida, four new dioceses were created: Boston, New York, Philadelphia and Bardstown, Ky. Elizabeth Seton had been a Protestant for 31 years, a Catholic for just three; she was a laywoman without means, influence or official status. Yet her life of profound faith was intimately linked with each of these five centers of the young church in America…

Read the rest of St. Elizabeth Ann Seton’s story in this SlideShare presentation.