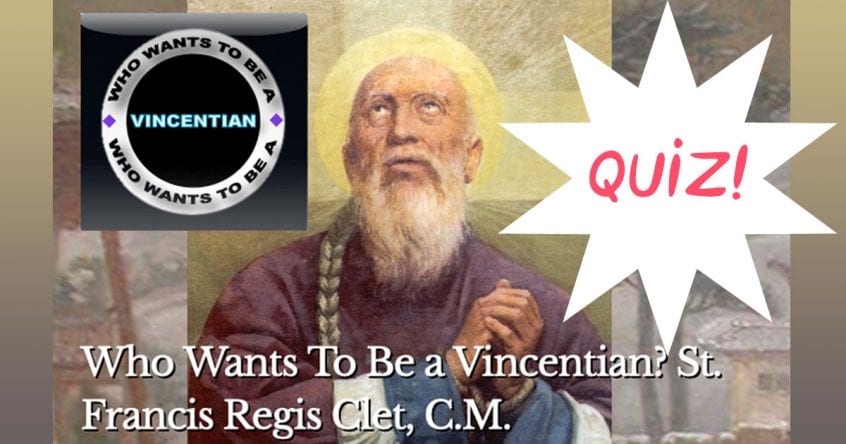 Who Wants To Be a Vincentian? St. Francis Regis Clet, C.M.

Start Quiz
Near what city was St. Francis Regis Clet born that would many years later be the site for the Winter Olympics?
Francis was born in 1748 and was named after a recently canonized saint from Grenoble - Jean Francois Regis. He was the tenth of how many children?
After ordination to the priesthood in 1773 he taught moral theology at the Vincentian seminary in Annecy where he was affectionately called:
While serving as rector of the seminary and director of novices, he petitioned his community to do the following:
Francis, never truly proficient in Chinese, nevertheless served in the Hopei Province over how many square miles:
Francis was accused of deceiving the Chinese people and was sentenced to death by strangulation on a cross. What was his crime?
Like Jesus, Francis was:
/
Check Answers
Your Result:
Review Answers
Sorry, no results found.
Please repeat the quiz and try different answer combinations.
Thanks for taking the quiz! For more media resources about St. Francis Regis Clet, click here.
Recommended for you: 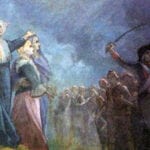