Using video chat to connect Jubilarians– united in age but separated by an ocean.

As part of Vincentian Heritage week, Niagara University and VinFormation partnered to host an online Treasure Hunt game in which student groups answered questions about Sts. Vincent and Louise. Clues were given out via the web site at 5:00 PM each day, with bonus clues announced at other times during the week, at various events across the campus. Points were awarded to whichever group submitted the correct answer the fastest. A sample of what this looked like is shown below: 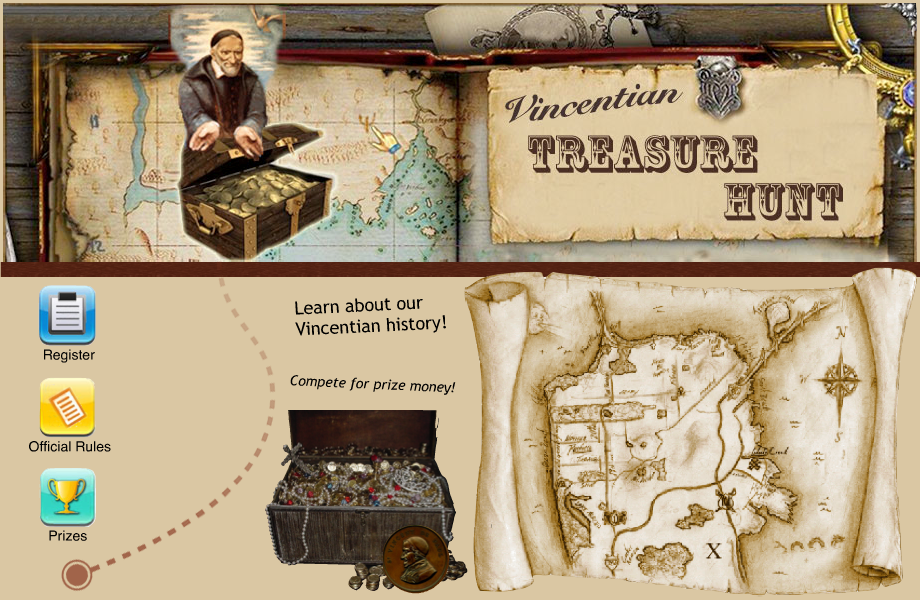 During NU’s Vincentian Heritage week, teams representing the various colleges competed in a special version of Vincentian Jeopardy. The Arts and Sciences school ended up being the winner. A scene from the Jeopardy game is shown below. The players are the Deans of the three participating schools: 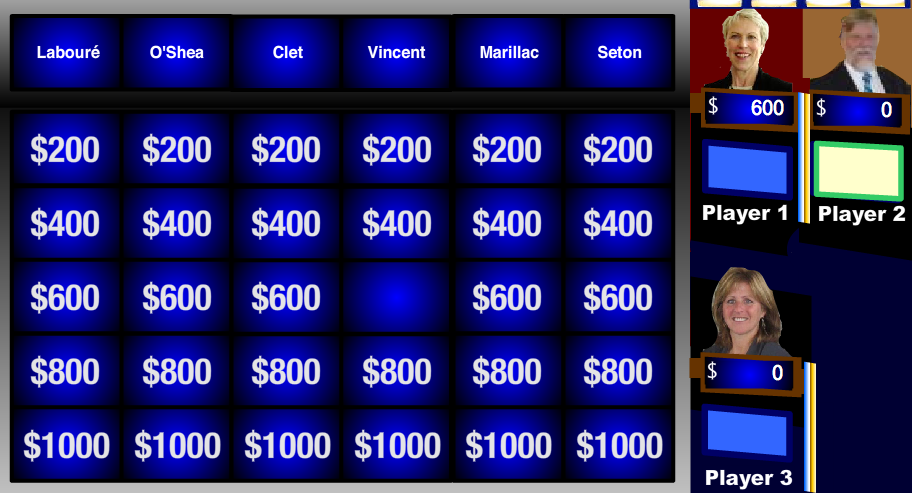