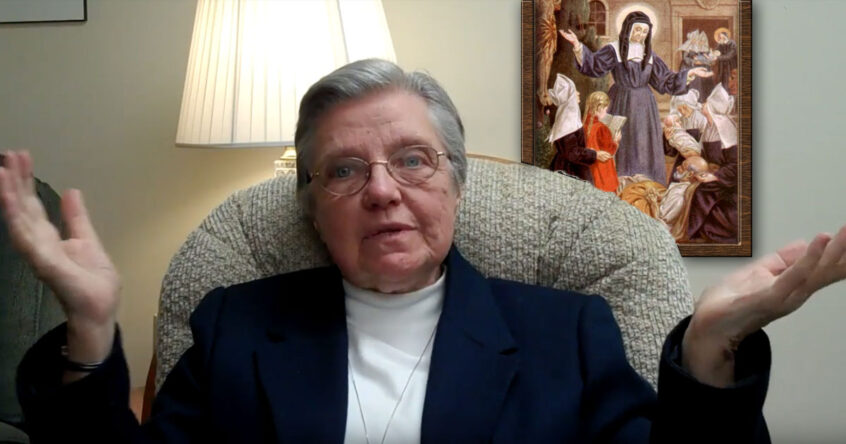 Here is a video on St. Louise de Marillac and Friendship, by Sr. Louise Sullivan, D.C., an expert on St. Louise who translated her writings from French into English.

Below the video is an index with time codes for different topics.

0:04 Louise’s early life, she had no lasting friendships or ties
1:00 Louise wanted to enter the cloister but was rejected
1:35 She marries and has a son. For the first time she has some ties, some actual human bonds.
2:04 She makes friends in her social circle, leads others to serve the poor.
2:23 Her most significant friendship was with Vincent de Paul. They were very different and there was an initial reluctance but little by little they went forward together.
4:17 A wonderful quote of St. Vincent’s that he writes in 1660, the final year of both his and St. Louise’s lives.
5:08 Besides St. Vincent, there were other close friendships in Louise’s life: the Ladies of Charity with whom she worked, and the Sisters (Daughters of Charity) whom she formed and lived with in community.
5:29 Her letters are wonderful in that you see the bonds that have developed between her and the Sisters.
7:58 Before she died, she would thank God for all the people who had come into her life and led her to God.

“I see Vincent as a man of action that Louise drew into prayer, and Louise as a contemplative that Vincent drew out of herself into the active religious that she would become.”