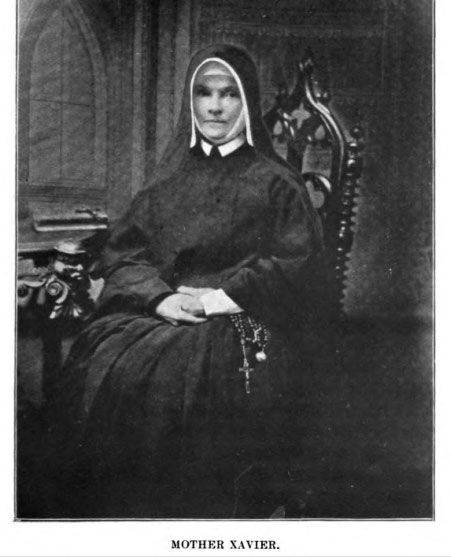 Mother Xavier Ross was the Foundress and First Mother of the Sisters of Charity of Leavenworth, Kansas. She was part of a band of sisters in Nashville, Tennessee who had originally separated from the Mother House in Nazareth, Kentucky. Mother Xavier and her Sisters were having many problems in Nashville due to a financial burden: a priest had used his parishioners’ money to purchase their buildings and then left suddenly. The Sisters had to sell nearly everything they had just to escape the situation. Meanwhile they desired to relocate to Kansas, for the wide open spaces but also because they longed to evangelize the Native Americans there. A priest friend suggested they contact Bishop John B. Miège of Leavenworth. Mother Xavier met with him and he invited them to “come north” to the Midwest from Nashville.

Pat McNamara writes, in an article about Mother Xavier:

“They arrived with almost nothing. But in time they created a network of schools, hospitals, and orphanages stretching across the West from New Mexico to Montana. Their leader, Mother Xavier Ross (1813-1895), was a small woman, barely five feet tall and hard of hearing. But she was a formidable character who, a contemporary wrote, possessed ‘the will of a winner.'”

Below are some excerpts from a wonderful book, We Came North: The Centennial Story of the Sisters of Charity of Leavenworth by Sister Julie Gilmore, S.C.L., about the Sisters’ journey from Nashville to Leavenworth (headings added). The railroad in Tennessee had just been brought into operation. Other parts of the journey had to be performed by coach, or by boat. 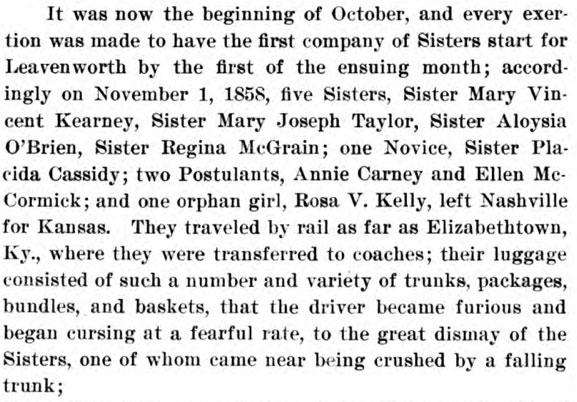 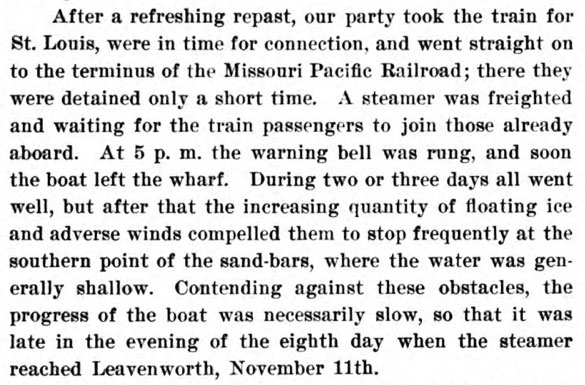 Watched over by the Queen of Heaven 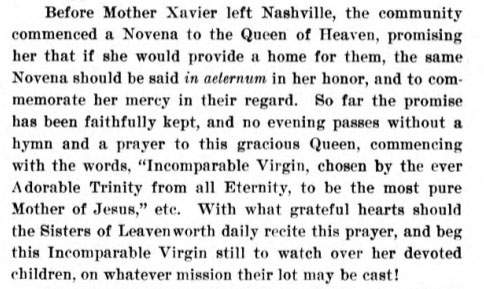 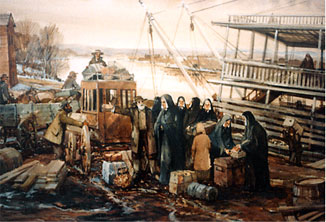