Who Wants To Be a Vincentian? Frederic Ozanam Edition (Part 2)

Start Quiz
Frederic wanted all French Catholics to pay allegiance to what Pope who he considered, “the liberator of Italy and would seal the new alliance between religion and liberty.”
The establishment of the Society grew in Frederic's life to encompass the following countries:
What helped push Frederic to “become a key figure in a committed social Catholicism”?
In 1841, Frederic married the daughter of the Rector of the Lyon Academy. What was her name?
Blessed Frederic Ozanam stated, “The order of society is based on 2 virtues.” The one “presupposes a lot of love already; for one needs to love a man a great deal in order to respect his rights, which limit our rights and his liberty, which hampers our liberty.” The other, “has its limits.” What are these 2 virtues?
Frederic “came to know his true vocation” in what sacrament?
Frederic is considered “a pioneer of the social doctrine of the Church" which Pope Leo XIII would develop some years later in what encyclical?
Blessed Frederic Ozanam sought to renew faith among all people, in Christ and in the civilizing effect of the teachings of the Church through all time. He envisioned the establishment of a network of charity and social justice around the world. He attained holiness as a layman through living the Gospel fully in all aspects of his life and had a passion for truth, democracy and education. This is considered what?
What was a basic principle in the ministry of Blessed Frederic?
In 1849, Frederic was very concerned over his failing health and how he would provide for his loved ones. But in his letter to his friend, a physician, Frederic requested to, “Pray for me so that if God does not wish me to serve him by working, I resign myself to serving him by suffering.” From that point on Frederic’s suffering intensified and was almost unrelenting. This best exemplifies Frederic’s:
/
Check Answers
Your Result:
Review Answers
Sorry, no results found.
Please repeat the quiz and try different answer combinations.
Thanks for taking the quiz! For more media resources about Blessed Frederic Ozanam, click here.
Recommended for you: 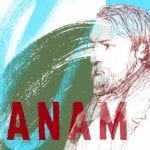