BRANCH OF THE VINCENTIAN FAMILY INVOLVED IN THE PROJECT: Daughters of Charity 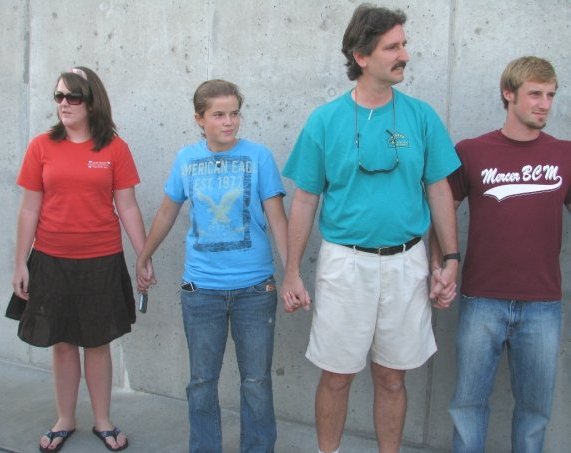 LENGTH OF TIME THE PROJECT/PROGRAM HAS BEEN IN EXISTENCE: 2 years

The Middle Georgia Alliance to End Regional Trafficking is a 501c3 non-profit organization formed by a group of Middle Georgians in January, 2010, during National Slavery and Human Trafficking Prevention month. The group emerged due to the public awareness campaign of Mercer University’s student organization, S.T.O.P. (Sex Trafficking Opposition Project), and the national conference on sex trafficking it brought to Mercer in March of 2009. Though we’ve been working on this issue for two years now in various ways–helping to coordinate anti-trafficking protocol between law enforcement, victim’s services, and the legal community–our non-profit organization is new, and we want make Middle Georgia free of trafficking.

Changes to State legislation, and a new Bibb County, Macon City Massage/Spa ordinance have passed as a first step to address the issues presented by the over abundance of spas in the Macon area. Community awareness, education of our young people and decreasing demand remain priorities. The project works with the faith community and the business community to mobilize efforts to replace inappropriate billboards, and advocate for change in arrest and raid procedures among law enforcement.

Our Mission: To prevent and combat human trafficking in Middle Georgia and throughout the world through community education, victim support, and legal advocacy.