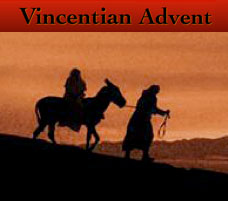 The above title is taken from Luke’s gospel, chapter 2 verse 7, well known to all of us; it is proclaimed at the Midnight Mass of Christmas. This Advent, my brothers and sisters, I would ask us to reflect on this concept of no room left for them, no room left for others, no room. They are left out, those uncared for, rejected.  Jesus himself was born into that situation and he experienced it throughout the whole of his life, even at the end, being completely rejected, condemned to die a criminal’s death on a cross.

Jesus, especially in Luke’s gospel, shows his solidarity with those rejected and marginalized. The lepers were those of his day, left out, abused, often mocked. The season of Advent, my brothers and sisters, gives us an opportunity to reflect seriously on who we are as disciples of Jesus Christ.  We are called to follow Jesus, but not at a distance, nor in his shadow. But we are called to walk on the heels of his feet; in other words, so close that we ourselves experience the spirit that motivated him to do the Father’s will.

My Christmas story for this Advent deals with an attempt to reach out to those forgotten, those left out, those for whom there was no room.  Working as a formator in the mission in Panama, I would, as superior of the house, give the Panamanian confrere the opportunity to be with his family during the days of Christmas since the students were away as well.  I would assume the pastoral responsibilities that we had – three to four Masses during the special days throughout the week of Christmas. To be honest, I felt the absence of my community, both seminarians and fellow formator.  I felt the loneliness.

During a number of years I would gather together during Christmas with certain people. One in particular was a prisoner who was serving a sentence for drug trafficking but because of good behavior was given permission to spend the weekends with us doing pastoral service oriented activities.  Then there was the young jockey who had been forced to abandon his homeland and family for having gotten involved seriously with some illegitimate operations of a radical movement in his country.  There was a young lady who lived in the interior of the country of Panama, but because of her job was not  free to travel to be with her family.

With this group, and with others, we would gather on Christmas Eve, first going to Eucharist together,  then returning to the house and preparing a meal that we would share with others including the street people who “lived” in our neighborhood. Afterward we sang songs and they danced and had a good time celebrating the joy of Christ having been born in our lives. 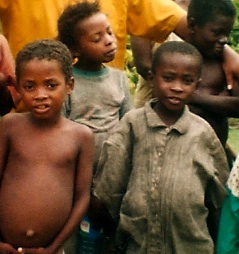 My brothers and sisters, as we prepare to receive more fully Christ into our lives, I ask you to consider what place you give to those for whom there is no room. I have been particularly struck, overwhelmed to say the least, in a number of my most recent visits to the Vincentian Family throughout the world, precisely dealing with the issue of the marginalized and outcast.  The first experience was in Madagascar.  There is a tribe that have been outcast from the society for more than 500 years.  They are those whom the rest of the society consider, as one of our missionaries told me, to be like dogs.  And it was precisely one of our French confreres who showed his solidarity with these outcasts by living in their midst, sharing their lives, and eating their meals.  As the story was told, he then said to them, “Look, I too am a dog.” Today the Vincentian Family, and particularly another French confrere of the mission in Madagascar, is working with the children of the outcasts in order that they be integrated into the society little by little. It is a difficult task to achieve.  No one wants to talk about those who are left out. No one wants to know that a problem exists.

In my experience in Congo I learned a great deal about the outcast tribe there, the pygmy, a people who only live for others. They make themselves slaves. That is what they understand themselves to be.  They live on the periphery of the villages; they keep a distance from the rest of the people.  When eye contact is made, they lower their heads.

Recently I read the thesis summary of one of our Nigerian confreres, who wrote about the outcast tribe, the Osu in his country.  The discrimination brought against them by other people of their own country is unbelievable.

It has made me want to think and reflect: it is not just in certain countries that such discrimination occurs.  In all of our societies there are those who are outcast, those who are marginalized, those it is considered taboo to relate with. In other words, it is those for whom there is no room.

The different types of discrimination, the rejection one toward another can be understood as a form of racism.  Racism in itself is a form of fear, fear of the unknown, fear of those who are different from oneself.  Racism consists of the intentional practices as well as the spontaneous processes, all a consequence of negative attitudes toward other social groups.

From early childhood all of us form prejudices. Prejudices are conditioned by our culture and can only be transformed when our consciences are raised.  We need to come to know others, putting our fears aside. Oftentimes people are treated inhumanely with cruelty or degradation simply because they are different.
These are the major difficulties many immigrants throughout the world are experiencing. Recently I read a report concerning the discrimination that immigrants experience in Libya,  or the discrimination that the Filipinos experience in many of their host countries. This type of racism or discrimination oftentimes legitimizes modern forms of slavery, exploitation often involving violence. We need to recognize that racism in itself is more than simply a feeling of racial superiority. Rather it is a structural system of social, political and economic domination.  As Christians we believe in the universality of God’s love.  We cannot allow nor tolerate such forms of exclusion and discrimination.

I pray and hope that this Advent might help us to deepen our commitment as followers of Jesus Christ, evangelizing and serving the poor, particularly those who are left alone, those who are left out, the marginalized.  Hopefully, in one way or another, we can share their loneliness, their exclusion, their being considered less than the rest.  And feeling our solidarity with them, together we might be able to live the true meaning of Christmas and feel more fully united with Him who was born into a world that had no room for Him.

Today Christ continues to be born into that situation and we are called to follow in his footsteps, close upon his heels, making ourselves one with the forgotten, the abandoned, the lonely, the outcast, the excluded.

In my most recent visit to a refugee camp in Thailand, the young people there made a plea to me which I consider a plea to us all:  “Pray for us Father, do not forget us or abandon us as others have.”

The subject of those for whom there is no room, my brothers and sisters, is of utmost importance, so much so that I will continue to reflect on this throughout the year, particularly in my Lenten conference in preparation for the Resurrection of Jesus Christ, the universal Prince of Peace.

May Mary, the mother of God and our mother, gently guide us as we seek to conform our lives to the life of her Son.
“…and she gave birth to her firstborn son. She wrapped him in swaddling clothes and laid him in a manger, because there was no room for them in the inn.” Luke 2: 7