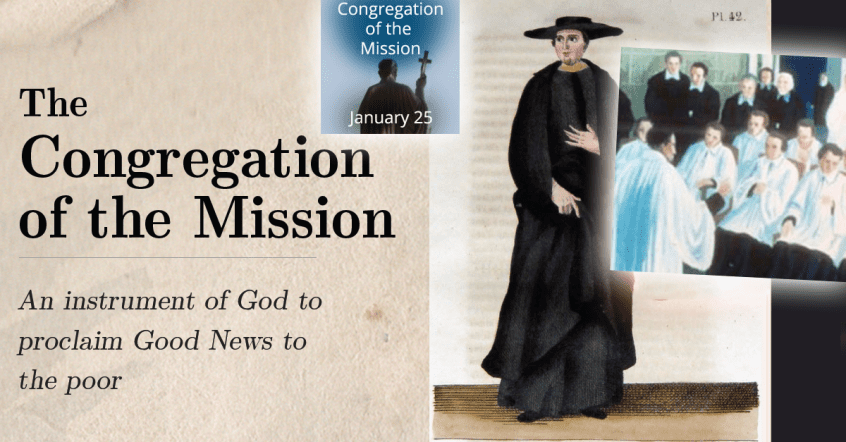 In this presentation we examine the spiritual dimension of the Congregation of the Mission, priests and brothers who dedicate themselves to the salvation of others and to be totally consumed, as was Jesus, in the accomplishment of this work. For this purpose, they have been called and have responded to God’s call.

The origin of the Congregation of the Mission is inseparable from the personal vocation of Vincent de Paul. In January 1617 Vincent […] was asked to go to Gannes, a village that was part of the de Gondi estate, in order to hear the confession of a dying man. He exhorted the man to make a general confession. The sick man confessed and then in the presence of all those who accompanied Vincent (Madame de Gondi was part of this group) publicly stated that if it had not been for that confession he would have been condemned since for many years he had been embarrassed to confess his sins honestly. Madame de Gondi reflected on this event and told Vincent: if this man, who is considered an upright man, was in a state of damnation, what will it be like for others who live more badly? (CCD:XI:3). Vincent had the same thought. It was then decided that the following week Vincent would go to Folleville and preach on the need to make a general confession. Vincent’s preaching was successful and all the people confessed their sins. […] Later, Vincent would say that that sermon was the first sermon of the mission and he considered the date, January 25, 1617, as the day on which the Congregation was born. It reality, nothing was founded on that day but Vincent’s experience led him to discover his personal vocation: the evangelization of the poor and, specifically, the poor peasants … the process of evangelization would involve the preaching of missions.”

– from an article by José María Román, CM