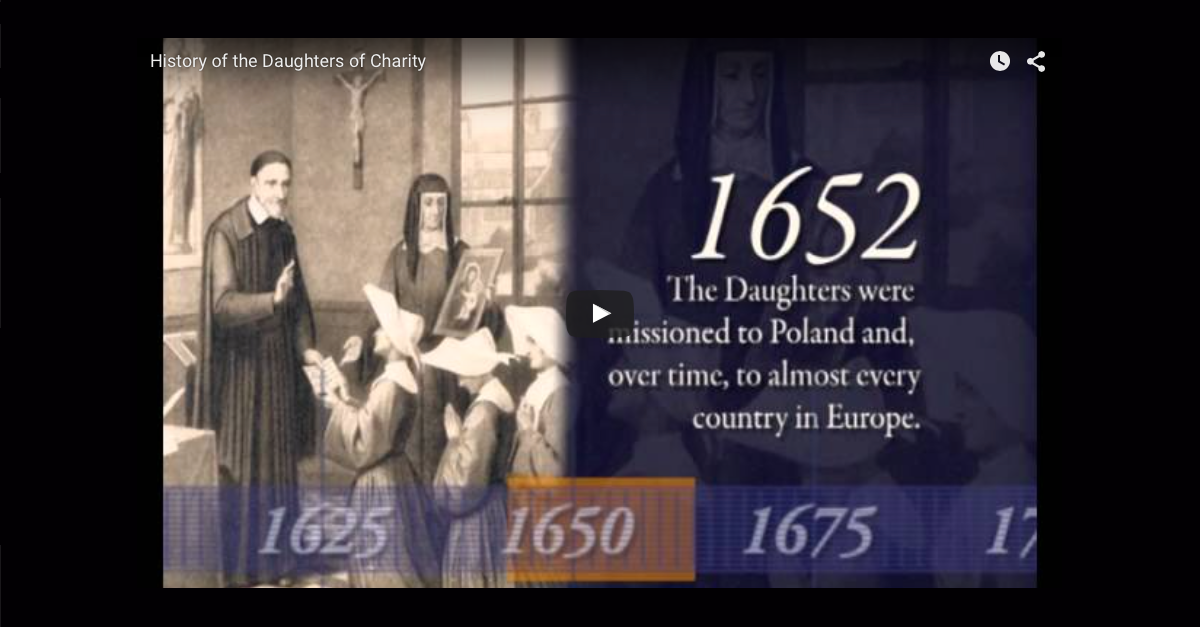 Later, in 1634, Lady of Charity “Madame Goussault, who had been active in the Charity of her own parish and also in visiting those of the countryside, approached Vincent to suggest a new kind of Confraternity. She had been visiting the sick of the Hotel Dieu [hospital in Paris] and was appalled at the neglect of their spiritual needs. Vincent did not want to interfere in what was the apostolate of the Canons of Notre Dame. But the determined Madame Goussault took her observations to the Archbishop of Paris, who responded by ordering Vincent to establish a Charity for the Hotel Dieu. Vincent accepted the command as God’s Will and called a meeting at the home of Mme. Goussault early in 1634. The ladies present decided to undertake the work. Describing the meeting and its results to Louise, Vincent added, ‘They will need you and the girls.'” [referring to the early Daughters of Charity]