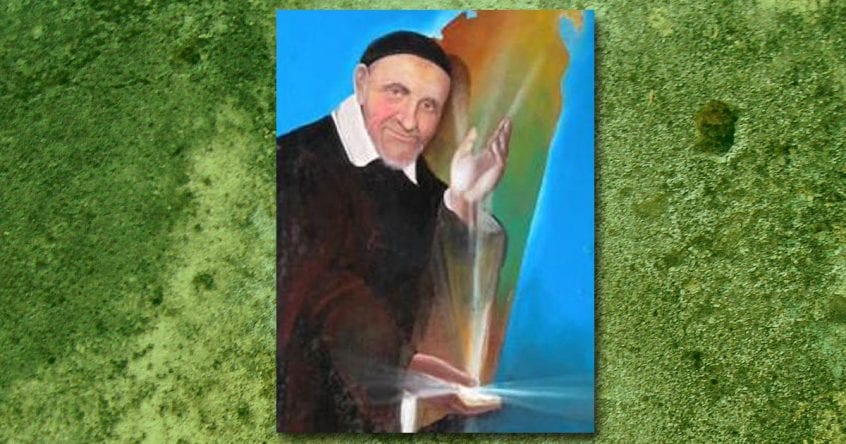 The first Vincentian missionaries left France for Madagascar on May 21, 1648. The voyage took about 7 months and obviously there were many dangers. Read more about the men who risked their lives to bring the light of the gospel to a faraway land, and what this endeavor says about St. Vincent’s missionary thinking, in the SlideShare presentation below. From the article “Saint Vincent and Foreign Missions,” by Gerard Van Winsen, C.M. Vincentian Heritage Journal: Vol. 3: Iss. 1, Article 6. Read the full article at the Depaul University Online Library.

“The missionary has an international perspective, a global world view… This is very much the way St. Vincent envisioned his mission. In an era when travel was difficult and most people died within a few miles of their birthplace, he sent missionaries to Poland, Italy, Algeria, Madagascar, Ireland, Scotland, the Hebrides, and the Orkneys.”

“[St. Vincent] instructed his confreres carefully to observe the laws and customs of the native peoples. The same was true for the men he sent on the ill-starred mission to Madagascar—ill-starred since the French colonists and entrepreneurs there were uninterested in religion, and the native Malagasy people had their own faith and culture. Still, the founder believed that God had called him and his Missioners to undertake the conversion of the island.”

For further study on the Vincentians in Madagascar from the beginning to the present day, I suggest the following articles:

“Centres for Handicapped Children in Madagascar,” by Vincent Carme C.M.

The Little Girl in Rags and Pope John Paul: The Start of an Adventure on the “Great Island”; the Poor Get Back on Their Feet by Pedro Opeka C.M. (2004)

Mission and Consecration in the Current Context in Africa and Madagascar by Marc Benjamin Balthason Ramaroson, C.M., Bishop of Farafangana

A Hundred Years of Vincentian Presence in Madagascar (1896 – 1996), Vincentiana