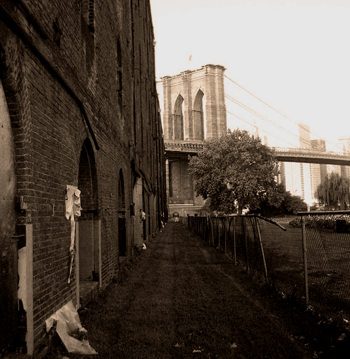 We walked through the crowd of toughened young men at the door, (I glanced at them; she said hello), got to the elevator, and I realized there was no where we could go if this group decided to come in our direction. We rode the urine-smelling steel elevator to a high floor, got out and walked down the institutionally turquoise, graffitied hallway to Nelly’s apartment. I don’t remember her mother’s name, just 7-year-old Nelly. Both Nelly and her mother had been raped a year before. Her mother was so traumatized that she no longer left the apartment, so 7-year-old Nelly picked up groceries on the way home from school each day.

Sr. Chris was wonderful with both of them, and they were really happy to see her. I caught Nelly’s eye sneeking a peek behind the sofa from time to time, and got her to smile. When I left, Nelly brought me one of those small school pictures, wrote her name on the back of it, and told me she wanted me to have it. Nelly’s mother started to cry, and told me that I was the first male that Nelly had spoken to since the rape. I was so overwhelmed, I didn’t know what to do with that vote of confidence and love from that child.

I learned a lot that day. I learned about my fear. I learned about the poor’s fear. I learned about how little it takes to touch another’s heart. Most of all, I learned that all the enormous differences between me and this traumatized mother and child can melt away into human friendship. The great divide can be crossed. I still have Nelly’s picture. It’s in my framed picture of Vincent DePaul. Somehow I connect that moment to part of my own journey to becoming a Vincentian. Nelly and her mother were two of the many poor people who welcomed me into their lives, and by doing so, made me a Vincentian.