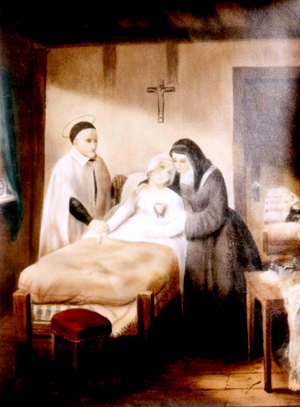 …those living in the cities had the advantage of preaching given in the parishes and other churches. Assuredly there was greater knowledge and light there, but unfortunately the knowledge remained sterile and the light was often without warmth. Charity, which is known by its works, was practically unheard of. The spiritual works of mercy in favor of one’s neighbor were little known among the laity. Alms were usually but a pittance. Even wealthy people believed they did enough in giving a small coin to a beggar. On some special occasion they considered a larger alms a major act of charity.

Such was the state of the Church in France when God, rich in mercy and mindful of the great needs of the Church in one of the main regions of the world, raised up his faithful servant Vincent de Paul, among several other great and saintly persons. Filled with his Spirit and strengthened by his grace, he began with untiring zeal to repair the damages and apply the proper remedies.

from Abelly, Book One, Chapter One