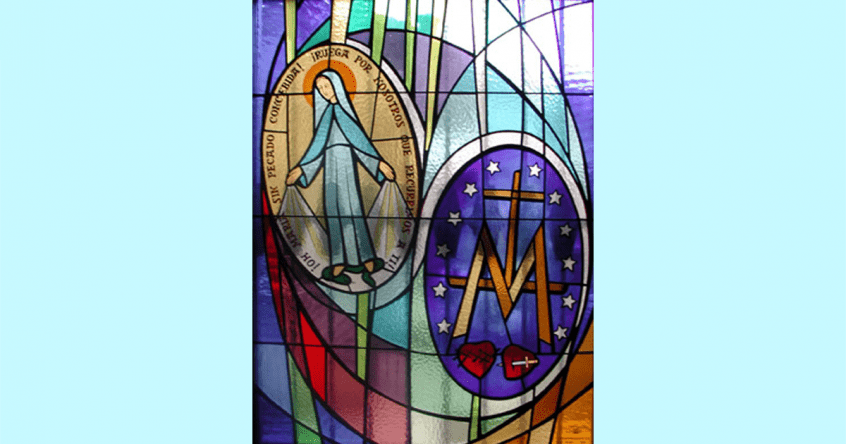 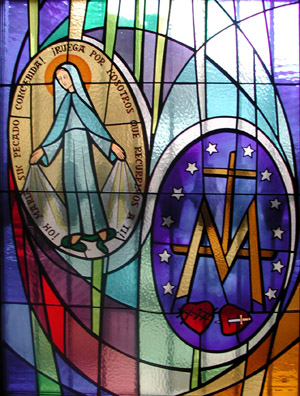 Within the mystery of the Immaculate Conception, St. Vincent saw the humble and chaste Virgin, emptied of herself so as to welcome God and allow herself to be filled with God. These are fundamental dispositions for those desiring to empty themselves and clothe themselves in the spirit of Jesus Christ: “(God) foresaw then that, since His Son had to take human flesh through a woman, it was proper that He take it from a woman worthy of receiving Him, a woman outstanding in grace, free from sin, filled with piety and far removed from any harmful affections. Already, God paraded before His eyes all the women who might be suitable and found none of them worthy of this important piece of work except the most pure and most immaculate Virgin Mary. That is why, from all eternity, God decided to prepare this dwelling place, to adorn her with rarer and more worthy gifts than any other creature, so that she would be a temple of the Divinity, a palace worthy of her Son. If the eternal foresight searched so far to discover this repository for His Son and, once he had found her, adorned her with all the graces that could embellish a created being, as God declared through the angel sent as an ambassador, how much more should we foresee the day and the dispositions required for receiving him.”

Welcoming God, being filled with God, clothing oneself with Christ, self-emptying, as did the Immaculate one: that is the first event that Vincent de Paul stressed regarding the Virgin Mary.

Humility prepared and sustained the offering to God. Knowing God and recognizing God as the only Lord, knowing one’s smallness before God, giving oneself to God to serve one’s neighbor, in order to accomplish God’s work — that is the second movement that Vincent discovered in Mary within the Annunciation: “We must recognize the essence and existence of God and have some knowledge of His perfections before offering sacrifices to Him. That is natural for, I ask you, to whom do you offer gifts? To the great, to princes and Kings. It is to them you render homage. This is so true that God observed this order in the Incarnation. When the angel went to salute the Blessed Virgin, he began by acknowledging that she was replenished with the graces of Heaven: Ave, gratia plena: you are full of grace, you are filled with God’s favor. Ave gratia plena. He recognized the fact then, and praised her as being full of grace. And then what did he do? He made her the beautiful gift of the Second Person of the Blessed Trinity. The Holy Spirit, within her virginal womb formed a body. God created a soul, united it to this body. And immediately the Word united Himself to this soul and body by a wonderful union. And, in this manner, the Holy Spirit wrought the ineffable mystery of the Incarnation. Praise preceded sacrifice”.

Like Mary, in the Annunciation, we must give ourselves to God to accomplish his work. “It is said then: we must seek the Kingdom of God. We must seek. This is but one word. Yet it seems to me to say much. It means that we should place ourselves in such a state as always to aspire after what has been recommended to us, to labor unceasingly for the Kingdom of God and not remain in a languishing and inactive state…. Seek: Seek, this implies care; this implies action.”

Emptied of ourselves and given to God, our life is at the service of the poor: “You are given to God for the service of the Poor.” St. Vincent discovered this third movement of the spiritual journey in Mary’s visit to her cousin Elizabeth. He suggested Mary’s promptness, as exemplified within the Visitation, as a model of service to the poor: “They shall honor the Visitation of the Blessed Virgin who went to visit her cousin cheerfully and promptly.” Thus, he determined specific applications for the life of the Daughter of Charity: “‘The Company of the Daughters of Charity is established to love God, to serve and honor Our Lord, their Patron, and the Blessed Virgin. And how will you honor him? Your rule tells you, for it goes on to inform you of God’s design in establishing your Company to serve the sick poor corporally, by supplying them with all they need, and spiritually, by taking care that they live and die in a holy state.”

Whatever road we take, Monsieur Vincent, without fail, guides us towards the poor. Our life, like Mary’s, is totally given to God for the service of the poor.

from “Marian Spirituality and the Vincentian Charism” by Corpus Delgado, C.M., Province of Zaragoza, 13.VII.2002