In 1808, invited by Bishop Carroll, Mother Seton opened a school in Baltimore, then moved to Emmitsburg, Maryland. There she opened the first Catholic free school, the beginning of American parochial education, and also founded St. Joseph’s College for women. She formed a community of women around her, which soon adopted the rule of the Daughters of Charity of St. Vincent de Paul, centered in Paris. The American Sisters had grown into 20 communities before her death. 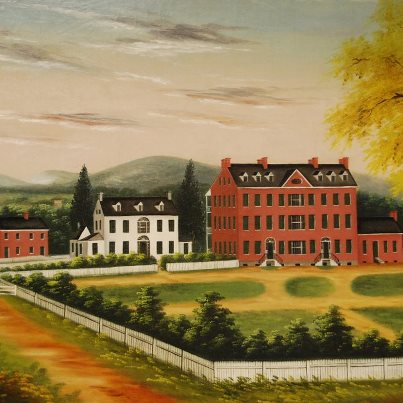 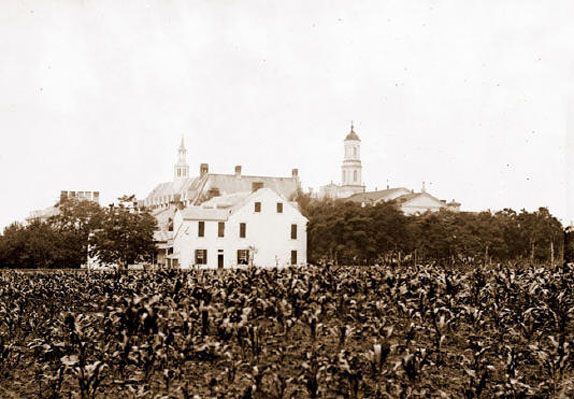 The White House and St. Joseph’s Academy in Emmitsburg, Maryland. Courtesy of John Miller and the Emmitsburg Historical Society. This view was taken facing southeast circa the 1860s.